Have you ever wondered how a narcissist is made?

Narcissism is a set of survival mechanisms that are used to maintain the false self and restrict the inner beast (the real self), and it is accomplished by having to meet specified standards:

How a narcissist is made

Why are narcissists control freaks?

To make it all work and feel fulfilled, the narcissist needs first of all to have control.

Environment, people, and the fuel matrix must be under control.

Being in control is the narcissist’s way of life 24/7.

When the narcissist was a child, he couldn’t control his environment, thus he was vulnerable, helpless, weak, and exposed.

Is narcissism in their DNA?

There must also be a genetic tendency that interacts with these defense systems in order for the narcissistic seed to grow and flourish, which is why not everyone becomes a narcissist, even if they live in the same circumstances.

On the face of the Earth, it is estimated that one out of every six people is a narcissist, and each one is fighting a daily battle against the world to keep control, believing they are the only ones.

As a result, narcissism enables an individual to impose and manipulate in order to achieve his objectives, which for him are to stay alive and save himself every day.

Thus, in order for someone to be a narcissist, certain components must be added to two primary factors that are the basis of narcissism:

Consequently, you will not be able to obtain a narcissist without these fundamentals in place.

How is the narcissistic seed planted and cultivated?

If you were beaten, insulted, sexually abused, humiliated, or other forms of abuse as a youngster, you were unable to fight yourself against the harm you suffered.

If the narcissist was not allowed to live with other children, relatives, or any of his parents as a child, was not allowed to participate in group games, was punished with the silent treatment, and was ignored, he felt he could not have control over his person.

He was also denied the opportunity to learn the social skills necessary to live in a society in a healthy way.

The abuse was not necessarily exhibited by action (physical, sexual, emotional, or psychological), but by omission, that is, his/her parents did not do what they needed to do to educate that child and provide his or her basic emotional requirements:

In this way, they were also left open to abuse by others, and because they lacked the tools to defend themselves, they suffered from pain, illness, injury, loneliness, and so on.

A rigid and ambiguous way of thinking was used in which one lived to the extremes, either this is right or this is wrong, you are good or you are bad, you are up or you are down, a perpetual state of uncertainty and agony.

As a child he received disproportionate, exaggerated, and unrealistic attention, he was made to believe that he had special talents, extraordinary abilities and that he was better than others. They put glitter on an opaque being and distorted the image by aggrandizing it.

He was rewarded for things he didn’t deserve, he was given too much too soon, and he was taught to value himself based on what he achieved rather than who he truly was.

They put the burden of fulfilling the expectations of those who praised him on his shoulders, and then someone else took control of him.

In this way, he was made irresponsible and unobligated and now he believes that he has the privileges without making a major effort because everyone should be at his service to praise him without doing anything or deserving it. They expect everyone to recognize his talent, praise, admire and see them as extraordinary beings.

In childhood he was devalued, compared, humiliated with co-scornful comments, for example:

With this kind of comment, he grew up believing that no one is enough and that someone exerted control over him instead of letting him freely choose his own parameters of achievement and enjoy the satisfaction when he achieved some personal goal.

He lived to please others without being recognized and without fulfilling expectations. He always remained in debt.

Since childhood, the narcissist has been conditioned to imitate his abuser.

He studied the behavioral model, learned all he could, and recognized how he could get power and influence.

Their beliefs and actions, likes and dislikes, what they did, did not do, how they ate, dressed, talked, and where they went, were duplicated and put into the assaulted, creating a psychological clone of the aggressor.

So, how is a narcissistic made?

Any of these situations can allow the narcissistic personality disorder to grow and flourish. It can come from a poor family, a middle-class family, or a wealthy family; narcissism will develop if the two fundamental factors are met, as well as depending of course on the care offered during its development.

Narcissism is a defense mechanism for dealing with the outside world by exerting control.

The narcissist inside is fragile, vulnerable, impotent, weak, useless, and so on… but they utilize control to maintain their existence and give purpose to their meaningless lives.

When they have control over you, they feel alive, therefore their job is to survive and stay alive by controlling their surroundings, they cannot control themselves.

They are adamant about keeping control, and they never give up. Otherwise, they would die, metaphorically.

Do you want to learn more about the topic? Please watch this video by Licensed Clinical Psychologist Dr. Ramani. 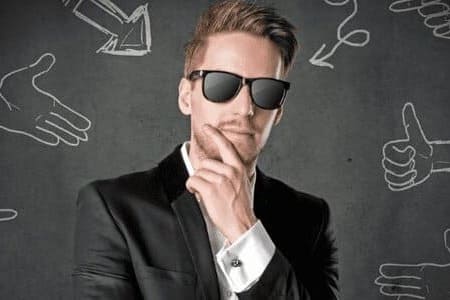 Magnificent? Lunatic? Malicious? How are they? What are they? Do they even exist? Click here if you want to know what is a narcissistic person.