Many people are perplexed as to why someone may be lovely one day and then do something horrific the next. You explain the abuse by saying things like “well, he has bad days, sometimes he gets furious, but he loves me so much…” even though he clearly proves that he doesn’t care about you. Wake up!

The narcissistic cycle of abuse
[show]

This happens frequently: the narcissist switches sides on the same day. You don’t understand why he idealizes and devalues you, why he is both affectionate and nasty.

This is the most difficult point for you to reason about. You find it difficult to leave him since you believe this guy is not all evil. The continual transition, from sweet to brutal, from scaling a pedestal to trampling on the floor, is the secret to abuse.

The continual transition, from sweet to brutal, from scaling a pedestal to trampling on the floor, is the secret to abuse.
Click to Tweet

Nothing else exists; it’s just a cycle: the narcissistic cycle of abuse. There aren’t two types of people: nice and bad. They are, in fact, two sides of the same coin. It’s a never-ending cycle that repeats itself until you break free from the relationship and terminate the game.

That’s the difficult part: accepting that it’s not worth it to continue in a relationship just because it’s sometimes pleasant. You must assess the scenario as a whole and realize that you do not only possess the positive aspects of the individual, whether real or imagined. You have the entire package, which includes both the good and the horrible.

Phases of the narcissistic cycle of abuse

The narcissistic cycle’s purpose is to confuse you and make you doubt yourself. Get it in your head: that is a form of abuse. And these are the stages of it:

Rapidly and exaggeratedly, he will treat you like a queen. He will flatter you in whatever way he can to make you believe he loves you more than anyone else and is the man of your dreams. He will seduce you in a way that no one else has ever done.

He’ll adapt to you, imitate your tastes and habits, and make you believe you’ve discovered your soul mate. The narcissist is replicating you without your knowledge.

He will provide very personal information to you too soon in the relationship. He does this for you to do the same and for him to have “stuff” with which to attack you later in the devaluation phase.

This is the longest of the four phases. It’s possible to say it’s the relationship itself. After all, the narcissist wants a useful “prey” to hook as soon as possible (love bombing) and then get rid of it when it is no longer useful (discard).

Once you’re caught in his web, the narcissist will begin to remove his mask. Now he doesn’t need it because he already knows about your personal problems. And he will exploit whatever you say against you.

Do you have a pudgy feeling? “Look at those wonderful pants,” he’ll say, “but they won’t fit.” Have you accomplished anything at work? “Well, it’s fine; but John did something comparable, if not better, the other day,” and so on.

He will either directly or indirectly degrade your self-esteem. And he’ll always go after your weakest spot, which he’ll be well aware of.

He will utilize various forms of manipulation, submission, and psychological abuse during this phase. Gaslighting and silent treatment are two of the most common and brutal techniques utilized by narcissists.

When you’re being gaslighted, you feel compelled to record all of your talks so that you can defend yourself in the next one when he starts to contradict what he said in the prior one. The narcissist makes you feel anxious and insecure about everything, including your own judgment.

You have the sensation of walking on eggshells because you never know what will happen next. You’re even afraid of approaching him because whatever you say to him could start a massive quarrel. Narcissistic rage is the term for this.

He may “punish” you by ignoring you after the rage erupts. This is what is known as the silent treatment. He can go days without speaking to you before returning to normal as if nothing had happened. As a result, he has you captive, hoping for a few crumbs of attention (which will never be of love) to ease your pain.

When you eventually “connect” with him, you find yourself bickering over the most basic issues. You get worn down because you have to justify everything you do to him. You’ve just said something and can’t believe you’ve just argued over it; you’ve come out of the conversation absolutely bewildered.

The victim is parasitized by the narcissist, who drains your energy as well as your bank account.

They deceive everyone and everything. They are chronic liars. In the meantime, they’ll project their actions onto you, accusing you of lying to them, cheating on them, or whatever else they’re doing to you. “You forced me to do it,” narcissists and other abusers frequently say.

You begin to believe that you are insane, and you consider it a possibility when he is the one who should be committed to a mental facility.

You eventually give up attempting to stand up or ask for answers or to rectify things because of the constant attacks. You’re gloomy, impotent, and unable to do anything. This is what is referred to as “learned helplessness”. You’ve vanished from your life.

I’ve included a short video that demonstrates what learned helplessness is about, in our case as a result of a toxic relationship.

He simply abandons you. When you’ve stopped being useful to him in the previous phase, the narcissist will start discrediting you in front of others to prepare for discarding you: this is the smear campaign. He must maintain his image at all times, therefore he must justify leaving you as abruptly as he will in the discard phase.

That is why they impersonate the victim’s victims to persuade everyone that the victim is crazy. That way, no one will believe you no matter how much you explain the facts, and his facade will be safe.

Some of those who embrace the narcissist’s interpretation will turn into his flying monkeys. They’re on his side, and he’ll use them to his advantage, whether it’s to keep track of your whereabouts or to make you feel guilty. Before dumping you, the narcissist made it apparent to them that you are to blame for all of the relationship’s issues.

He’ll be with someone else right away. He will have cheated on you while you were with him. This is because narcissists always have a plan before abandoning you at this point. They are compelled to have someone who admires them.

In the meantime, you’ll be dealing with trauma bonding. The more you’ve been mistreated and neglected, the more dependent on your abuser you’ve become, and the more you identify with him. It is a very shocking concept that must be grasped.

More about this emotional bond can be found in the book Trauma Bonding: Understanding and Overcoming the Trauma Bond in a Narcissistic Relationship.

You can get it FREE with your Audible trial and listen to it in your car while driving to work or running errands.

To read a few pages from the book, just click on it.

Trauma bonding makes it extremely difficult for you to cope when he abandons you (because he doesn’t give you an explanation or show regret) and you are susceptible to move on to phase 4.

Although he has no remorse for leaving you, nor does he have feelings (nor has he ever had them) for you, you are a source of energy to the narcissist. They can’t seem to get away from their ex-partners. They are constantly attempting to re-acquaint you with them. Whether as a couple, as a friend, or in any other way.

Regardless of how much time has passed, weeks, months, or years… narcissists return. Then it’s back to phase one: love bombing.

He’ll try to get you back into his arms. He’ll make all the excuses in the world, he’ll beg pardon, he’ll send you flowers… all of it is a ruse. Don’t put your faith in him. He’s acting to get you back on track. That’s what hoovering is. And he’ll deploy the flying monkeys I mentioned earlier to keep you under his grip.

But keep in mind that narcissists do not change. Narcissists have no qualms about their actions. They merely return to see if they can manipulate you once more.

The narcissist will try to get you back. He’ll make all the excuses in the world, he’ll apologize, he’ll send you flowers – it’s all fake. Don’t fall for it. They don’t change.
Click to Tweet

That’s why it’s critical to cut off all communication with him after you leave the relationship, whether because you’ve discarded it or voluntarily abandoned it. Block him on social media as well, because he will begin uploading photos with his new lover. That is the no-contact rule you must adopt.

Here’s a video that explains the narcissistic cycle. It comes highly recommended, along with Meredith Miller‘s Inner Integration channel.

And for him, everything starts again

You have now completed the narcissistic cycle of emotional abuse. However, for the narcissist, it is an infinite cycle that will consume his entire existence. With one couple following another.

Most likely, he’ll be out living with/marrying! his next trophy in record time (even days). Remember that he needs attention more than anything else in the world.

He doesn’t need love, and he doesn’t give it; having someone at his side is merely a convenience. For him, it’s like changing his phone: if one breaks down, he gets a new one.

You must understand that his new partner is actually his new victim: don’t waste your time wondering how good he is now with her, or why he didn’t do something with you but is doing it with her, and so on. Any picture he posts on social media is really a façade of happiness. You are the only one who knows what is hidden beneath that fake smile. 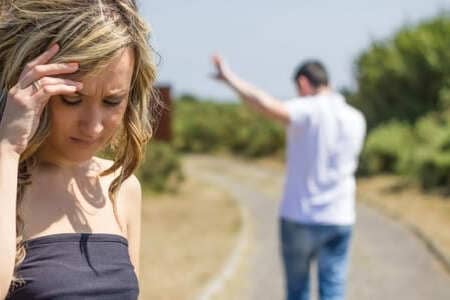 Were you discarded by a narcissist? Do you want to know what goes on behind the scenes of a narcissistic discard? Come in and have a look for yourself.