He sees you not as a person, but as a thing: you are like a pen that ran out of ink. But in your case what has been emptied is your soul. Your inner strength.

I know it’s hard for me to say it like that, but that’s how it is; I’m speaking from personal experience. And it is my modest wish that you react, understand, and leave him before he causes you any further harm. Let’s keep going.

The narcissistic discard can be more or less abrupt. It could be determined by your financial status, how you react to his maneuvers, or whether he already has another partner lined up around the corner.

The victim is shocked by narcissists’ method of ending a relationship. You had certain routines in your life up to that moment, for better or worse. Your life has now been smashed into a million pieces.

We are left with a feeling of emptiness as a result of the discarding. It reminds me of something incomplete. We want to put the partnership to rest, but we can’t. We keep thinking about what we did, why we did it, what happened, was it my fault, and so on. That is exhausting.

The discard is not your fault. Don’t get obsessed with that. It’s just the way narcissists act.
Click to Tweet

Why narcissists discard you

Three reasons for narcissistic discarding could be discussed. They’re all abrupt and rude, and that’s something they all have in common. Why? Because he’s never been in love with you. He has no feelings for you and has no qualms about abandoning you. You replace your phone if it breaks down. For a narcissist, you’re no different than a broken phone.

The narcissist never loved you. He has no feelings for you, thus leaving you is not tough for him.
Click to Tweet

The sooner you grasp this, as well as the fact that he has done and will do the same to any woman that crosses his path, the easier it will be for you to overcome it.

He found a better supply

You are not enough for his needs. He has found a new victim who can better serve him. That is one that he has a better handle on. Remember that he wasn’t in love with you, and he won’t be with the next one either. You can be certain of it.

You have discovered and challenged him

The most important priority for narcissists is maintaining control. He loses it if you challenge him. He can’t afford to lose control, so he regains it by throwing you out.

He’s bored with you

Hopefully, you used the gray rock method and were successful in achieving your goal: that he grows tired of his “toy” (you) and seeks out another..

If you’ve been unlucky, you’re probably weary and empty from the toxic relationship, and he’s run out of fuel to suck out of you. You are of no service to him.

Whether you’ve sought the discard to end the relationship, or it has simply exhausted you, the result is that you are no longer useful to him. If you don’t serve him, he will abandon you. That is all there is to it.

Dr. Ramani‘s Youtube channel has a wealth of expert knowledge regarding discarding and other topics. She’s a Licensed Clinical Psychologist who understands and can explain what she’s talking about.

What to do about the narcissistic discard

To go out and celebrate with your friends and have a drink! No, I’m serious. I understand how painful it is at first. I’m not sure where you are in your relationship/recovery, but I can tell you one thing: you have no idea how fortunate you have been.

Now it’s up to you to keep strong and stay away. Don’t wait for him to return or want for him to return. Everyone must move on in their lives. Perhaps all you need to do is get started. A new start, a new life without the narcissist. You should get as far away from him and his surroundings as possible.

A piece of advice: don’t try to reason with him, don’t try to negotiate with him, and don’t try to bring the relationship to a close. If the narcissist runs out of supplies, he will try to return, therefore he won’t shut the door. You must complete the task yourself.

Don’t try to reason with the narcissist to bring the relationship to a close. You must complete the task yourself.
Click to Tweet

And of course, don’t try to reconcile with him! Go no contact.

What happens after the narcissistic discard

The recovery phase is starting. You’re on the right track!

You can feel as if you’re choking. As though you’re pining for him. This is because breaking up with a narcissist has some of the same consequences as quitting drugs. Your body requires the sensations it has been feeling for so long. Even if it’s pain.

You have a traumatic bondwith your partner. The more suffering he put you through, the closer you become to him.

You must be extremely careful at this stage to ensure that the narcissist does not pursue you: this is when he may attempt to reclaim you by hoovering. You’re in a lot of pain and weakness, and he’s well aware of it. Returning to him, on the other hand, would not alleviate your anguish, but instead exacerbate it, since he will discard you again when you least expect it, and it will be even worse than before.

How to get over the narcissist discard

Get information, understand, and accept.

This is crucial: you won’t be able to give it a “formal” closure, but you will be able to gather knowledge and comprehend what happened so that you may conclude the stage on your own. The goal is to come to terms with what has happened, to understand that you are not to fault and that the narcissist has abused others in the same way before and will continue to do so until he dies.

When narcissists depart, they always do so in the same manner. There is no conclusion to the narcissist’s discarding. You don’t need to look for any further explanations because none exist. The only thing left to do is understand and accept it.

Above all, don’t take it personally. It’s complicated, I know, but it’s critical to realize that you were nothing more than an object in his hands. Like everyone other who has come into his life.

Don’t take it personally. You need to understand that you were nothing more than an object in the narcissist’s hands. Like everyone other who has come into his life
Click to Tweet

What do you get out of it?

The narcissist after the discard

Understanding that he will never bond with anyone might be of use to you. This person is a parasite because he is unable to offer or accept love.

What is he going to do? As soon as he can, he’ll locate another victim and begin the cycle of abuse all over again. It is his existence. Sharks, scorpions, and vultures, for example. Each of them has a distinct way of life. As repulsive as it may appear to others. 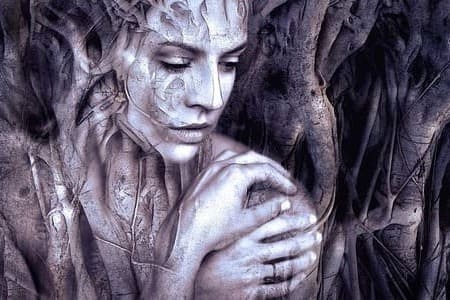 Narcissists send you on an emotional roller coaster: the narcissistic cycle of abuse. Come in and get to know it before it’s too late.